Reveal Productions e has just completed another run of Pattern UP promoting Haringey Communities Against Violence. 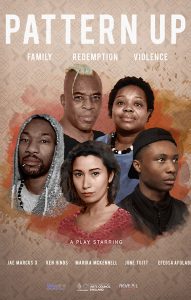 Here are the highlights:

Funded by Arts Council England Lottery and Westhill Endowment. Mongi Mthombeni worked with writer Marika McKennell and director Joanna Procter to tighten and develop the script, and embolden the story. Rubs Stevenson came and worked with the cast to incorporate African dance in to the play, whilst actor Jae Marcus X designed and developed a number of acapella songs based on traditional African chants and gospel. New actors Jeremie Kadi and Amaarah Roze joined the cast.

There were nine performances in 8 locations and we performed in theatre settings (Arcola Hackney and McQueen’s Theatre at Karamel in Wood Green) as well as at City Hall (Greater London Authority Council Chamber), a church hall, a community college, an Academy High School and an alternative school provision. The engagement of audiences and the young people in the schools was very exciting for us all and the discussions afterwards with students confirmed the resonance of the play with their lives. The performance at Tottenham Community Sports Centre was well attended and the cast was met with a standing ovation and a long discussion with the audience. 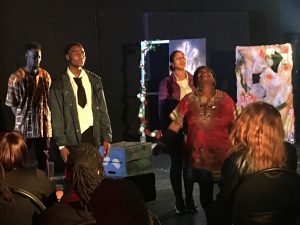 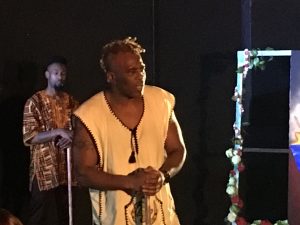 The performance at the high school with 80 students ended with a very positive response to the discussion with the cast and there was a lot of dancing to music played by our new self taught sound man Anaijiah Tuitt. This was followed in the afternoon by a two hour workshop we ran with the students, exploring the themes of the play. 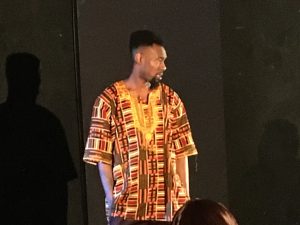 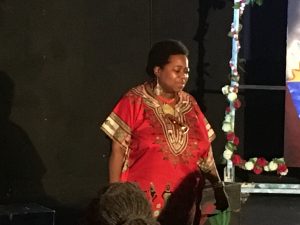 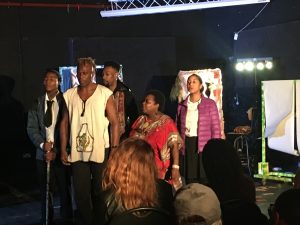 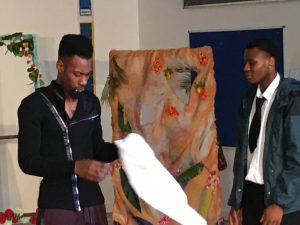 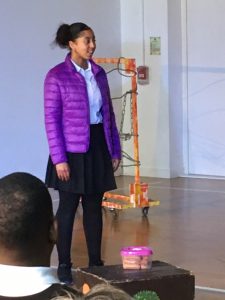 Joanna started work with Nick White and Wassail Productions to deveise a performance for the festival with students at Yeovil College. Due the virus crisis, this is currently on hold … but ever hopeful, watch this space …

Joanna,  Sola Adebiyi  and Stephen provided a ‘taster’ session at this conference looking at how public services can work better with citizens in a transformational way. We were working as Reveal Productions and RedQuadrant (Stephen works on public service transformation projects with RQ). This was an ‘embodied systems’ session using “Theatre of the Oppressed” methods to:

The session was only  40 minutes long, so was obviously just a taster. This approach could be incorporated into a deeper exploration of how local health and care systems work. It was very well received by the 30+ delegates from the conference who participated. Although just a taster, we got a great deal of engagement and voices of the service user / the outsider were vividly invoked.

Joanna warming up the participants for a brief but deep dive into the experience of the ‘unheard’ in public services.

Joanna again worked with Nick White of Wassail, to devise and direct a new Charabanc production, once again funded through Arts Council England. The show was completely redeveloped in partnership with Somerset Wildlife Trust at Westhay Nature Reserve. There were 20+ shows during June and July!As before in 2016 and 2017, the performances. This year, the Millers Cart drawn by Suffolk Shire horses, blazed a trail through Westhay Nature Reserve with the audience on board and exploring the land where the action took place; a story of greed and deception against the backdrop of climate change and conservation. 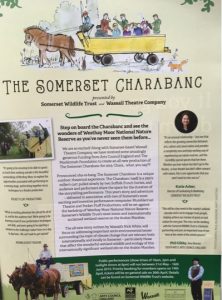 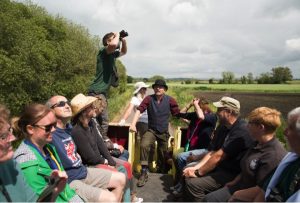 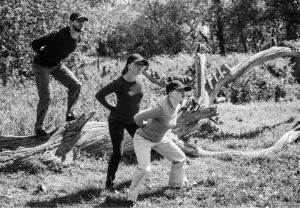 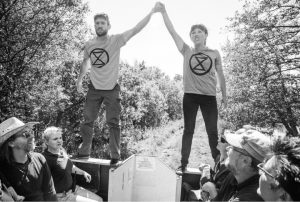 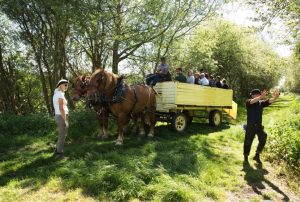 Reve(a)l productions working with Dr Jane Dalrymple, have received a grant from Somerset CC Adult Social Care to develop the film as a training tool for people working with and supporting family carers. We will be screening the film in Langport and Taunton as part of Dementia Action Week May 21 and 22nd followed by a training development workshop on 25th June 2019 to develop the training package with a number of professionals. Work is continuing with Jane Dalrymple to develop the development packages around the film. We are working with a number of organisations to do this, who represent different parts of the sector.

“Care As You Are” the film

The film has now been finally edited following feedback into two versions – one is a straight-through version and the other pauses at the end of various scenes for reflections and questions relevant to the preceding scene. Dave Adams, has filmed and edited the film to a very high standard. We are now looking at how the film can be used as a training and development tool for professional carers, health workers and community groups to support emotionally family carers caring for relatives with dementia – and how we can fund this development work.

Pattern Up was performed 9 times in all, mainly at community centres in North London, the College of Haringey, Enfield and NE London (twice) and two venues in Leicester where June grew up. Approximately 600 attended the performances. We are exploring how to take the play to more venues including schools following the encouragement of audiences. After each show the cast held a discussion with the audiences and gave information about the proposed work of Communities Against Violence Haringey, a grassroots community organisation founded by Ken, June and other community activists in Haringey, North London.

Pattern Up has completed its run under current funding. We are regrouping with the cast to reflect on the positive feedback received, especially to take the play into schools and colleges and use it to engage in discussions with young people about how to end the violence going on in their communities. We are looking at how we can best fund this next phase.

As part of the community development aspect of the play we have worked with College of Haringey, Enfield and NE London – where the play is being preformed at the college twice – we have 2 students from the Media Studies course getting industry experience working with us. The video makers Boz Gospodinov and Nudrat Khan also developed the programme/brochure for the play. Go to Facebook page https://m.facebook.com/patternuptheplay/ for details about the final 4 performances in January in London and Leicester.

Reve(a)l Productions has been working on the engagement and development phase of Life’s A Carnival, which Joanna Procter is devising and directing a play with two community activists Ken Hinds and June Tuitt in Tottenham based on their lives in Tottenham London. The play “Pattern Up”, devised with Ken and June and written by Marika McKennell with Joanna, is based on their stories and commitment to end violence in their community. The initial phase of engaging local people, research and script development was completed November 17-March 18 and was funded by Arts Council England. The project is receiving additional funding from Arts Council England and Westhill Endowment to go into production and performances. The performances will be aiming to promote local grassroots organisation Communities Against Violence Haringey.

Rehearsals and production are now well underway and the set, costumes and music are in development.

Additional dates in the new year will be added.

“Care As You Are”

Joanna, is making a film with Mary Renouf, her partner from imaginAge. “Care As You Are” is about the emotional impact of caring for parent or spouse with dementia. The film is written by Mary and directed by Joanna working with dementia expert Jane Dalrymple, and working closely with carers’ groups in Somerset to ensure the script meets the needs of carers.

It is our experience that conversations surrounding dementia in loved ones can be awkward and pushed under the carpet especially when talking about feelings. People can feel isolated, frustrated and invisible.

Initially, engaging carers in Somerset to develop content, we have shot and edited a ‘first cut’ of the film and then our aim is to roll this programme out to further families and communities engaged with elders. We will be developing workshops to create conversations in the caring community using the film as a catalyst.

This project is being funded by a grant from “the Solutions for an Ageing Society” programme run by Somerset Community Foundation in partnership with UnLtd, South West Academic Health Science Network and the Esmée Fairbairn Foundation.

Joanna just completed directing a one man show for the Coker Arts Festival with Nick White and Wassail Productions. Based on the character “Pete” from “Somerset Charabanc” it followed his character (played by Nick) and his girlfriend “Babs” (a puppet with personality) around the villages of East and West Coker, performances taking place in pub, meadow, playground, cafe and even a butcher shop!

Plans are afoot to develop the ‘Charabanc’ concept into a new location for 2019 …!

We use cookies to ensure that we give you the best experience on our website. If you continue to use this site we will assume that you are happy with it.Ok